Now is the time to get into the garden, so make the most of the growing season with the market’s home-grown plants and cut flowers. 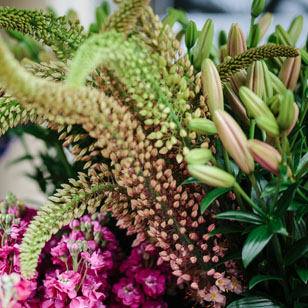 Julian Harvard Cut Flowers:
Julian’s beautiful hand-tied bouquets are something of an insider’s secret – fantastic home-grown arrangements at a fraction of the price. But you need to get here quick – Julian brings up to 150 bunches each week, but they’ll be gone by 10am! Early summer flower bouquets include lilies, sunflowers and phlox while later in the season expect to see gladioli, dahlias and chrysanthemums. Julian also sells a range of potted plants including grasses and mixed herbaceous plants: look out for phlox, foxgloves and penstemons later this summer. 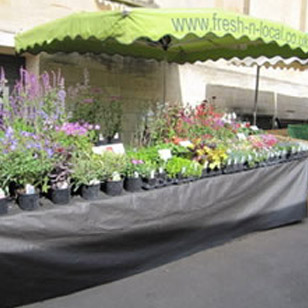 Tortworth Plants
: thanks to years of horticultural knowledge, training and experience, Tim Hancock and Rebecca Flint bring great advice as well as a fantastic range of plants to the market every Saturday. As well as unusual alpines and herbaceous perennials, they have a wide selection of classic garden favourites. This season, look out for the fabulous flag irises in moody burgundy, billowy peonies in sunny yellow and sweet dianthus in striking pinks. 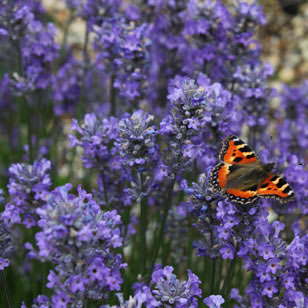 The Lavender Garden
: lavender expert, Andrew Bullock, has grown over 100 varieties of lavender at his Tetbury nursery. As well as the popular Hidcote, Andrew recommends trying the Folgate with its beautiful royal blue flowers or to mix and match the colour in your border by planting groups of Melissa lilac, pinky Rosea and Arctic Snow. As well as lavender, Andrew brings a huge range of potted herbs to the market – try using the leaves of the Sweet Aztec in salad or tea as a sugar substitution. 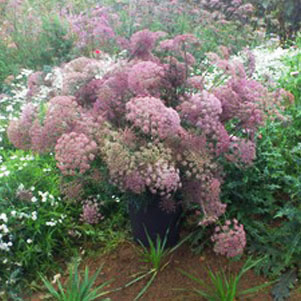 Hotch Potch Organics:
this is the stall to pick up your vegetable plants for the garden. Jim Aplin grows everything you could want, from a huge range of squashes (that are as delightful as their names suggest – crown prince, fairy, buttercup, golden apple) and chillis (including the painful sounding ring o’ fire!) to fabulous tomatoes, aubergines and cougettes. Coming in soon will be broad beans, closely followed by sweetcorn. Look out for some rather special flowers too with an unusual bi-coloured cornflower and frothy ornamental carrot – a fantastic addition to a bouquet. 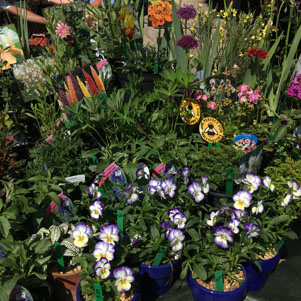 Pat’s Plants: If typical cottage garden is the look you’re after, then visit Pat Puddenphatt’s weekly stall. Here you can find a range of hardy perennials and alpines that are in flower now and that will keep on flowering until the first frosts. These include asters, gaura, penstemon, sedums, salvia, phlox, saxifraga and a range of hardy bulbs. The plants can be bought ready to plant into the garden or planted up in unusual containers to make a lovely gift. Malcolm Allison Plants: over the next couple of months Malcolm will bring a range of summer annuals and perennials including pretty cleomes, bright arctotis, summer pinks, breezy linaria and thistle-like serratula. The plants are either grown from seed or from cuttings in polytunnels at his Tredington nursery, then grown on by Malcolm for the market. Because the nursery is in quite a bleak spot, the plants have to be a bit tough – ideal for replanting in your own garden. Ascott Gardens: home-grown perennial, annual and biennial plants are available from this smallholding, as well as seasonal cut flowers.