Spotlight on: BBQ bangers and burgers

BBQ season is in full swing, and we’ve got lots of fantastic homemade sausages, burgers and other BBQ items available each week at the market. For the best tasting bangers & burgers, it’s got to be local… 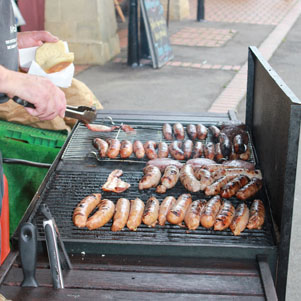 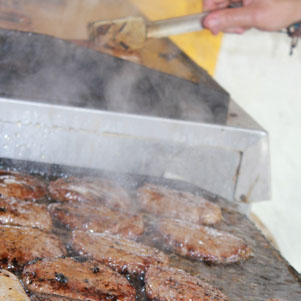 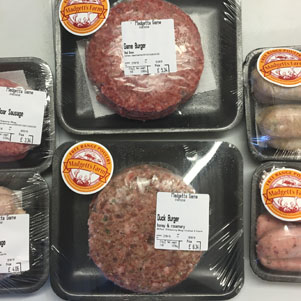 Adeys Organic: for those who follow an organic diet, Adeys has a mouth-watering range of sausages, burgers and joints for the BBQ. Caroline Wilson, and her son Albert, have a great range of organic sausages including flavours such as lamb & rosemary; pork & leek; as well as two gluten-free options, the herby Toulouse and the spicy lamb merguez. As well as burgers and sausages, Caroline recommends lamb racks, BBQ rump steaks and minute steaks for the BBQ. 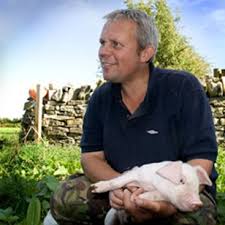 The Stowe Herd: specialising in Gloucester Old Spot and Welsh pigs, Kelly and Steve Turley are rather renowned for their great-tasting sausages. As well as plain sausages, flavoured varieties include chilli, pork and leek, cracked black pepper and cheese and onion. Other pork joints that are good to try include fabulous pork belly, pancetta, bacon and tenderloin, as well as pork ribs by request. And for extra accompaniments, don’t forget the cooked hams, pork pies and sausage rolls!

Best burger: the pork and apple burgers give a glorious hit of sweet and savoury.

Frocester Fayre: for sheer variety of burgers and sausages, head to Frocester Fayre. The flavours are inventive and all rather wonderful. Burgers include chilli & beef; pork & apple; chicken; and a gluten free beef & onion version. Sausages include the Gloucester – a mixed herb and spice concoction of ginger, sage and mixed spice; Old Noggers – a pork, red wine, smoked bacon and parsley mélange; Frocester hillbillies – blended with chilli & cheese; and a range of pork and cider, pork and apricot, and pork and apple sausages. 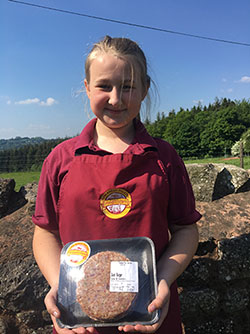 Madgetts Farm: put something different on your BBQ with Derek and Jan William’s duck and game delights. Madgetts is rather famed for the duck burger, flavoured with honey and rosemary, as well as the duck sausages, flavoured with orange and cranberry. Alongside the duck, there are chicken sausages flavoured with lemon & thyme, chilli & leek or sage & onion. These vary each week but you can pre-order and Derek will bring your order to the market. The Wild Boar sausages are an exciting addition too – try them plain or with apple – or pick up a smoked duck breast which will cube nicely onto kebabs.

Best burger: the game burger is a meaty blend of Forest of Dean venison and wild boar, flavoured with red onion. 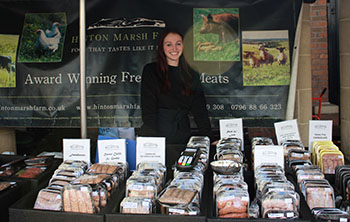 Hinton Marsh Farm: it could take you all summer to try each of the sausages at this family farm’s stall – there are over 25 pork sausages alone, made from Tamworth pork – flavours to note include the gourmet wild mushroom & parsley; pork & asparagus; and the Alabama with its taste of America’s Deep South. There are a number of lamb sausages too, including favourites such as lamb & mint; lamb, rosemary & garlic, but it’s the gluten free options that are really exciting. These include the award-winning pork & apple, pork & leek, Cumberland and a traditional plain pork sausage. The homemade burgers are equally exciting, but to make it easier to choose, pick up one of Hinton Marsh Farm’s special BBQ packs which include sausages, handmade burgers, marinated spare ribs and lamb chops, all put together in a reusable cool bag.

Best burger: feel the heat with the jalapeno beef, pork and apple burger!